The editor of this site has produced these pages in the hope that anyone who bears the name Harling will find something here to interest them. Researching my own family origins led me to an area where the name Harling in the North-West of England was first recorded in 1379. Unfortunately, records available to the family historian in this area at present  start in 1520, so it is impossible to produce a connected pedigree to the earlier date. It should be noted that these pages refer principally to HARLING families whose origins are found in North-West England, but are today found to be living worldwide ........................ Peter Harling

FAMILY ORIGINS ..... THAT LEAD TO
THE NORTH OF ENGLAND 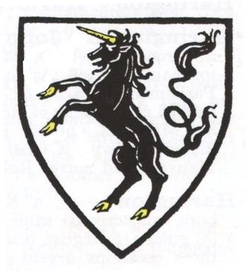 THE NAME HARLING is thought to have its origins as far back as a Saxon Thane named 'Herela.' It is from Herela that the present day Harlings take their name, that is not so much descended from him, but from the place where he lived and owned land. That place is East Harling, a small market town located in the county of Norfolk, England. So it is generally accepted that anyone bearing the name Harling has an ancestor who originated from that small market town.
At the time of the Norman Conquest (1066), we find Balduinus filius Herlunini recorded; also the Domesday Survey of 1086  lists Herluins liable for tax. But it wasn't until the the early 14th century that the name is recorded and spelt in a form that is readily recognised today. William Harlyn is found listed in the Subsidy Rolls for Norfolk/Suffolk counties paying tax in 1327, and by all accounts he appears to be the Lord of the Manor of East Harling. We could assume that this William was in some way a direct descendent of Herela and that the Saxon lands and manor were now in his ownership, which is more than likely the case. Subsequent descendents of William became knights and probably the most famous of them was Sir Robert Herlyng who fought alongside King Henry V at Agincourt in 1415. Sir Robert's shield of arms is seen here. Argent, a Unicorn Salient Sable, armed and unguled Or. (on a white shield a black unicorn with gold horn and hoofs standing on its hind legs).

So, where do we fit into the above? Well it all starts with a Richard II Poll Tax of 1379, when one Agnes Herlyng of Burton in Lonsdale (a village located some 15 miles east of Lancaster), was fined 1d. This is recorded in the earliest known tax assessment for "Craven," an area of West Yorkshire known by the Wapentakes of Staincliff & Ewcross, bordering Lancashire to the South and Westmorland to the West/North.

Who was Agnes? and why should someone with an East Anglian name ... Herlyng ... be living in this part of the country? One possible explanation is that Lord Mowbray had been granted vast tracts of land in this area, indeed he had built a motte and bailey castle at Burton in Lonsdale at the end of the 13th century. Recent research has discovered that to populate what was then a desolate almost uninhabited area Lord Mowbray subsidised and encouraged peasants from his more densely populated East Anglian and southern manors to travel north and enjoy a more prosperous living! There are other theories, but this one seems quite probable.